By Melanie A. Adams, Ph.D, Senior Director of Guest Experience and Educational Services at the Minnesota Historical Society

In late May, a few weeks before opening its newly renovated Sculpture Garden, the Walker Art Center in Minneapolis found itself embroiled in controversy that has become too familiar in the museum field. The Walker purchased a sculpture, Scaffold, which was meant to represent seven historic events involving capital punishment. One of the events was the hanging execution of 38 Dakota men in Mankato, MN on December 26, 1862. Created by a white artist from California, Scaffold had traveled the world before being purchased to be placed in Minneapolis, home to the largest number of Native Americans in an urban setting. After outcry from the Dakota community and its allies, the Walker and the artist agreed to mediation and came to the conclusion to remove the sculpture and never create it again. 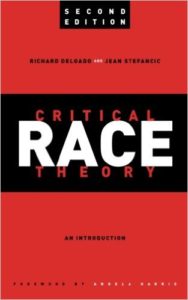 This unfortunate and preventable incident follows on the heels of other museums that have found themselves at odds with their communities because they did not take into account the perspectives of visitors of color when selecting the narratives they felt they had the privilege to tell. After seeing a rise in these types of incidents this year, I contend that museum professionals are not asking the right questions when they consider the content they will display in their institutions. It should be more than a connection to mission, a good narrative that deserves an audience, and an opportunity to sell tickets.

Using the tenets of critical race theory, I propose questions that assess the racial nature of a program or exhibition and if an institution should and is ready to engage with their audience in this way. Critical race theory was first brought into the public conversation though the legal profession as a way to argue for proportional representation. Since that time it is has been used in the education field to help create a framework for looking at education through a racial lens. Critical race theory is comprised of five tenets: permanence of racism, interest convergence, whiteness as property, critique of liberalism, and counter storytelling. For my work in museums, I developed questions based on four of the five tenets, omitting critique of liberalism because of its definition centered on legal precedents.

In order to truly be spaces that are safe and encourage dialogue between diverse communities, museums should consider the questions below when developing or deciding on new programs and exhibitions. The questions may not prevent the next culturally inappropriate exhibit or program, but they are a good starting point for museums to begin reflecting on how they can change their narratives to be more inclusive of diverse perspectives.