In 2017, Jamie Glavic of the National Underground Railroad Freedom Center in Cincinnati, OH received a Promising Leadership Award from the Association of Midwest Museums. She was nominated by colleague (and friend) Jesse Kramer, who is now the director of exhibits at Conner Prairie, Indianapolis, IN. One year later, we asked Jamie and Jesse to reflect on their AMM Awards story. 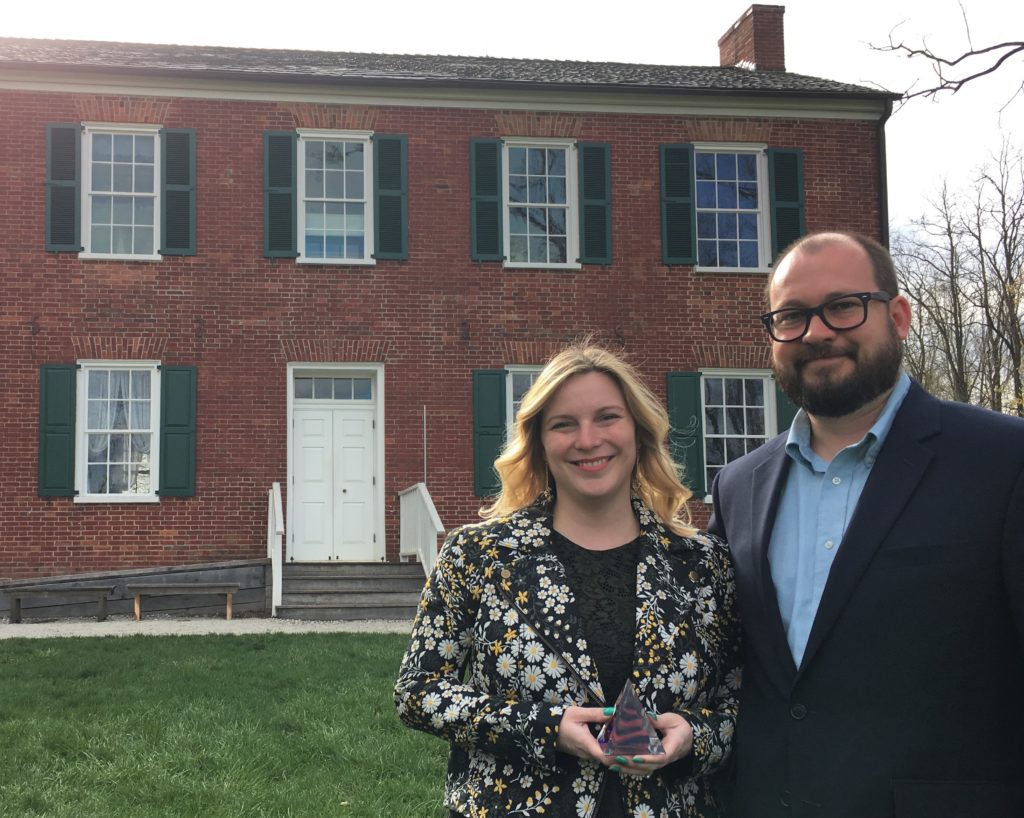 Jesse was watching his colleague’s career climb at a meteoric rate, and all the awesome things that were occurring as a result of her work at the National Underground Railroad Freedom Center. When the AMM Call for Award Nominations rolled around, he saw an opportunity to recognize her among her colleagues in the region where she had been leading the charge for passionate museums. “

She mentored me in a lot of ways. I wouldn’t be where I am today if it wasn’t for Jamie.

In his nomination letter, Jesse expressed his appreciation for his coworker: “Jamie has helped me tremendously in my own professional development over the last two years. This is a woman who never stops. Her drive is awe-inspiring.”

Jamie was selected to receive the award and, during her heartfelt acceptance speech in Des Moines, she demonstrated exactly why Jesse had nominated her. Attendees at the 2017 Annual Meeting were tweeting up “get comfortable with being uncomfortable,” a message Jamie drove home during her remarks. (AMM included Jamie’s speech in its top moments from 2017 to inspire us this year.)

Jamie described the feeling of being recognized by her friend and colleague:

It was awesome. You don’t really think about what you do on a day to day basis, and to have someone point out that you are doing a great job…. you get this extra burst of confidence that you know what you are doing.

Jamie said she keeps her award in the middle of her living room at home, as part of a centerpiece display. It’s a constant reminder of her friend, and the value of her hard work.

You know someone who deserves this type of recognition!

There’s someone in your world who has been leading the way for years, has dedicated their energy to advancing your institution, or whose innovations are making your organization standout everyday. Learn more about the AMM Awards in the Call for Award Nominations and nominate them by May 14th!